In this lesson, you will give a presentation about a historical person.
Then, I will ask questions and give feedback after your presentation.
このレッスンでは、歴史上の人物についてのプレゼンテーションをしましょう。
その後、講師が質問とフィードバックをします。

Now, I will talk about a historical person in the Philippines. Please ask me questions about it later.
今度は講師がフィリピンの歴史上の人物について話します。
講師のプレゼンテーションが終わったら、講師に質問してください。 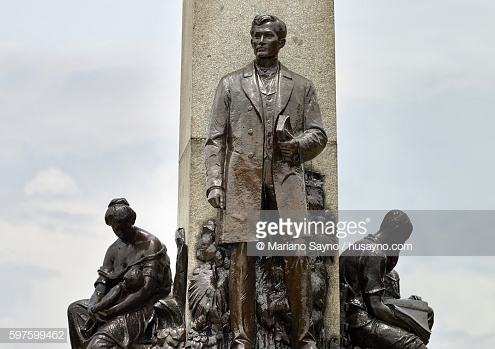 Jose Rizal is one of the greatest Filipino heroes. He was born during the period of Spanish rule in the Philippines. Unlike other heroes, Rizal fought for his country without the use of violence. He wrote novels, essays, and articles that inspired the Filipino people to start a revolution against the Spanish government. As a result, the Spanish government sentenced him to death in Bagumbayan, Manila on December 30, 1896. To remember his bravery, a statue of Rizal was built in Bagumbayan which is now known as Rizal Park.

Do you have any questions about my presentation?